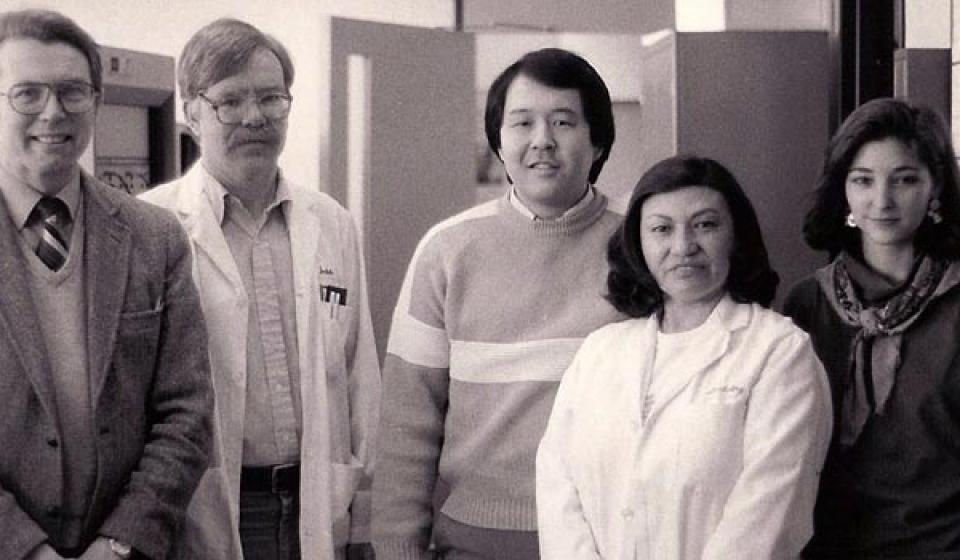 In 1991, the School of Dentistry agreed to the founding of the Minnesota Dental Research Center for Biomaterials and Biomechanics (MDRCBB) within the Department of Oral Science, with Dr. William H. Douglas as the first Academic Director. The MDRCBB is an umbrella organization, charged with the management of a large human and physical resource base on a broad platform of research into biomechanics, biomaterials, and related sciences. The MDRCBB was launched when the traditional barriers between University and Industry were coming down - when University and Industry rediscovered each other and realized that their strengths are complementary and that they can leverage each other's ability and productivity by closer cooperation. Innovation, quality, and teamwork are core concepts of the MDRCBB.

3M Company/3M ESPE Dental is a founding member of the MDRCBB and has provided continuous support since 1991. Many pioneering material evaluative technologies that are unique to the MDRCBB have been developed as a result of this close collaboration with the industry.

A groundbreaking piece of research leading to the formation of the MDRCBB had been the development of the world’s first chewing machine here in Minnesota. In the early 1980s, Dr. William H. Douglas, Dr. Ralph DeLong, Mr. Jon Dalrymple, and Mr. Neil Peterson (MTS) worked together to design a system that could simulate the mechanics of chewing and provide the environmental conditions that are found in the human mouth. Utilizing servo-hydraulics, this artificial mouth technology was to be used for materials assessment in the laboratory. The development of this Advanced Artificial Oral Environment (generally called A.R.T., for Artificial Resynthesis Technology) was supported by a grant from MTS and a later grant from the National Institute of Dental Research (RO1DE06762, The Development of an Advanced Artificial Mouth, 1984-1987).

As the name indicates, ART resynthesizes or replicates that part of the chewing cycle in which wear occurs between teeth. ART can complete 300,000 cycles, a year’s equivalent chewing, in less than a day. As ART chews every test material in the same way, it can give informative results with only a few trials and in a few days. The use of ART was key in the development of many common highly successful dental materials still in use today. 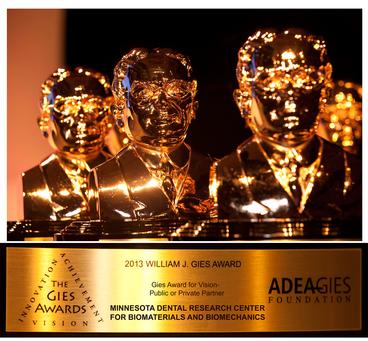 Dr. Alex Fok became the Academic Director of the MDRCBB in November 2007. He adds his expertise in structural analysis, nondestructive examination and computational mechanics to the research capabilities of the MDRCBB. Deputy Director, Dr. Conrado Aparicio, joined the Center in 2008. His expertise in surface characterization and enhancement for prostheses, and tissue regeneration further expands the Center’s capabilities.

The MDRCBB now regularly collaborates with dental products firms to assess the anticipated performance of new dental materials and appliances by using clinically relevant simulation and measurement technology, such as ART. In addition to 3M, the Center also has long-term collaborations with Ormco and Mozo Grau. Notable projects have included the occlusal wear of restorative materials, the interfacial integrity of composite restorations, and the antimicrobial effects of bioactive coatings. Further, the Center has diversified into areas other than dental materials, working on projects for the medical device (Medtronic) as well as food industries (General Mills and Mondelez).

The MDRCBB is also a regular recipient of federal grants. Examples of NIH funded projects include The Development of an Advanced Artificial Mouth (RO1DE06762, 1984-1987), the Virtual Dental Patient© (…) , Interaction between Resin Composites and Biofilms (R01DE021366) and New Restorative Materials for Class-V Restoration (1R01DE026117-01). Under the current leadership, and thanks to its international reputation as a leader in creating public-private partnerships, the Center continues to expand its roster of member companies to include other dental material developers, as well as food businesses and medical device firms.

The Center’s leadership in this area earned it a 2013 William J. Gies Award for Outstanding Vision – Private or Public Partner – from the ADEAGies Foundation, the philanthropic arm of the American Dental Education Association.