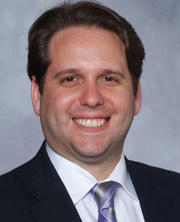 Dr. Delima was born in Denver, Colorado and raised in Caracas, Venezuela where he followed he obtained his his dental degree at the Universidad Central de Venezuela Facultad de Odontologia (DDS Equivalent). Since the beginning of his dental career, he has been involved in multiple voluntary dental & medical missions in Venezuela and in the United States of America. He obtained a certificate from the Oral Heath Services for Older Adults Program (2006-2009) and Prosthodontics (2009-2012) at the University of Minnesota School of Dentistry. He began his career in academics joining the Division of Prosthodontics as an Adjunct Faculty in 2012 and later became Assistant Professor in January 2013. His contributions to charity include volunteering in Operation Smile, Grupo Kumi, Special Olympics, Give Kids a Smile and Minnesota Mission of Mercy. He is the director of the Occlusion course for the D2 students.

Dr. Delima serves the public as an Associate in Prosthodontics Associates in Roseville, MN (651) 633-4914.